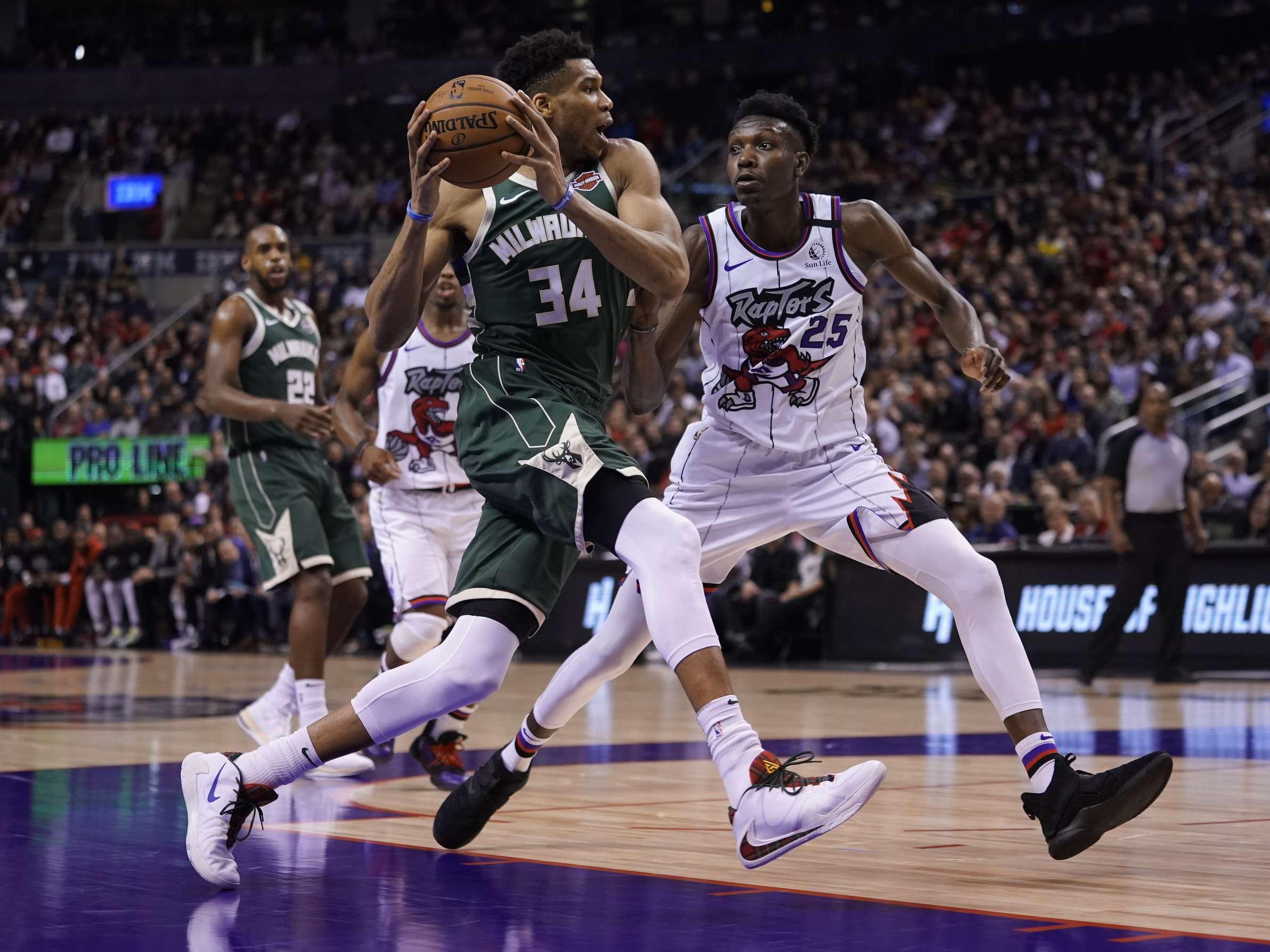 As the NBA season enters the home stretch, two teams stand atop the NBA title odds. Milwaukee and Los Angeles are vastly different cities. But, on the court, these teams are more similar than one would think. Ultimately, the Milwaukee Bucks may be the only team capable of stopping a Los Angeles Lakers renaissance.

Led by the indefensible Giannis Antentokoumpo, the Milwaukee Bucks seem destined for an NBA Finals berth. Coach Mike Budenholzer oversees a team that ranks first in points per game, defensive field goal percentage, and defensive rebounding. Behind historically good depth shooting from its bench, Milwaukee sits second in total field goal percentage. Every single number that has anything to do with this Bucks team’s season so far, is telling you to bet Milwaukee to win the NBA title.

Just How Good Are the Milwaukee Bucks?

Incredibly, those may not even be amongst the team’s most extraordinary statistics. During the Toronto Raptors recent 15 game win streak, the reigning champions gained just two and half games on the Bucks in the Eastern Conference playoff race. Remarkably, the Bucks just clinched a playoff spot (on February 23rd), quicker than any team in recent NBA history.

Also, behind the somehow improved play of the reigning MVP, Milwaukee is on pace to win 70 games this season. Perhaps most impressively, the Bucks have won an astonishing 33 (!) games by double digits. Betting on this team at plus odds in any other year would be a no-brainer, yet a washed King lies in wait in Southern California.

Los Angeles once again is at the centre of the basketball universe. Lebron James leads a squad ranked in the league’s top ten in: field goal percentage, steals, assists, true shooting percentage, offensive rating and defensive rating. By any metric, the Lakers are back to being the Western Conference’s dominant force.

Much like the Bucks are structured around the otherworldly talents of Giannis, everything the Lakers do best starts with Lebron James. The de-facto starting point guard is still in prime form, in this, his 17th NBA campaign. Partnered by superstar Anthony Davis, and surrounded by a plethora of “3 and D” wings, this is the best Lakers team in a decade. It seems a forgone conclusion that this team will go deep into the NBA playoffs. Betting on the Lakers at +275 to win the NBA title could still cash large, and is one of the safest bets on the market. The only thing that could topple the King is a younger, freakier, version of himself.