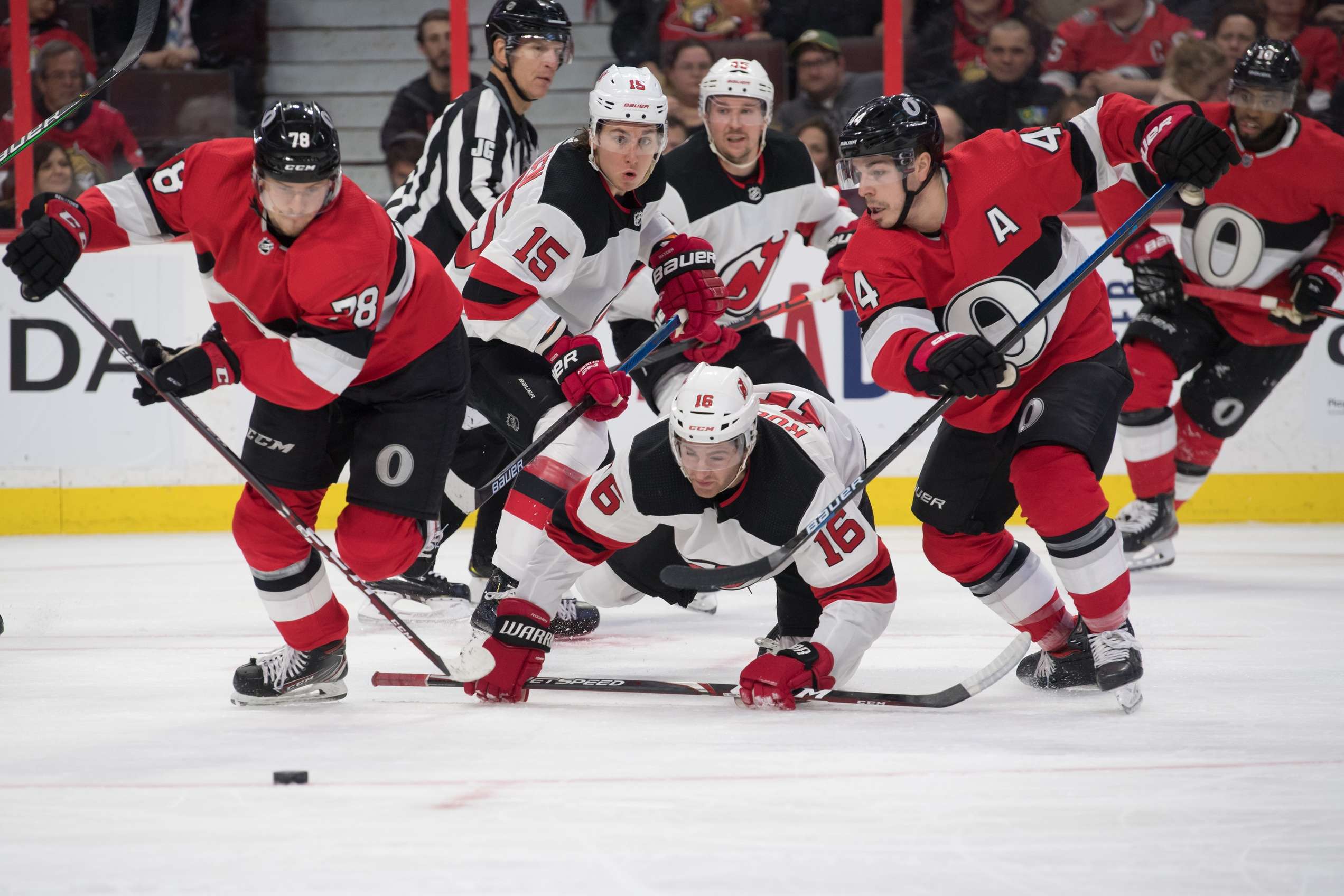 As the National Hockey League enters the second half of their season, the New Jersey Devils are in desperate need of a spark.

The break came at just the right time for New Jersey as the Devils entered the bye week with three straight losses. Losing to the Toronto Maple Leafs and powerhouse Washington Capitals is nothing to be ashamed of. However, being blanked by the struggling Columbus Blue Jackets is another matter. Ultimately, the Devils were outscored 17-6 in their three matchups prior to All-Star weekend. This team desperately needed the intermission.

The boys from Newark get the second half of the schedule rolling Tuesday night in Ottawa against the Senators. Ottawa is in a similar spiral of disintegration. The Sens are 1-5-4 in their past ten games and are ripe for the picking.

All-Star weekend allows the tired and weary hockey warriors to rest their legs. Often times, this leads to an inflated goal total in the weeks after the interval. Take a close look at the totals for each of the Devils upcoming games. Especially on nights where the young Devils are facing teams of similar experience, goal scoring could be at an all-time high.

The Devils Odds for Their Post All-Star Break Schedule

New Jersey welcomes a date with the Nashville Predators on Thursday night. Predators goaltender Pekka Rinne, while normally solid, has just a .899 save percentage this year. Rinne’s play has been fluky. The Devils young, fresh legs can take advantage here. Bet on Alain Nasreddine’s boys to pull off the upset. Since their reputation has been playing defensive hockey for years, goal totals are down on the Predators this year. Amazingly, the over has cashed in nearly 61% of Nashville hockey games. Remember this stat as you enter your ticket.

Saturday sees the Devils welcome the Dallas Stars to the Prudential Center. Dallas has been hot lately, and their defence is a big part of the story. The Stars have allowed a league best 2.46 goals per game against this season, thus the total for this game should be extremely low. If you like to bet against normal trends (which you should), take a look at the over here. Betting against the public can be very lucrative and here you should bet on a goal fest. Over 8 goals isn’t out of the question.

Montreal visits Newark on Tuesday as the Devils continue their home stand. The Habs have settled back in to their usually tailspin of mediocrity. Montreal is the definition of an average hockey team. New Jersey should be well rested and prepared for this one. Bet on the Devils to win this game.

Even if the Devils Can’t Fill the Net, They Can Still Fill Your Coffers
Here’s How to Take Advantage of the New Jersey Devils Odds