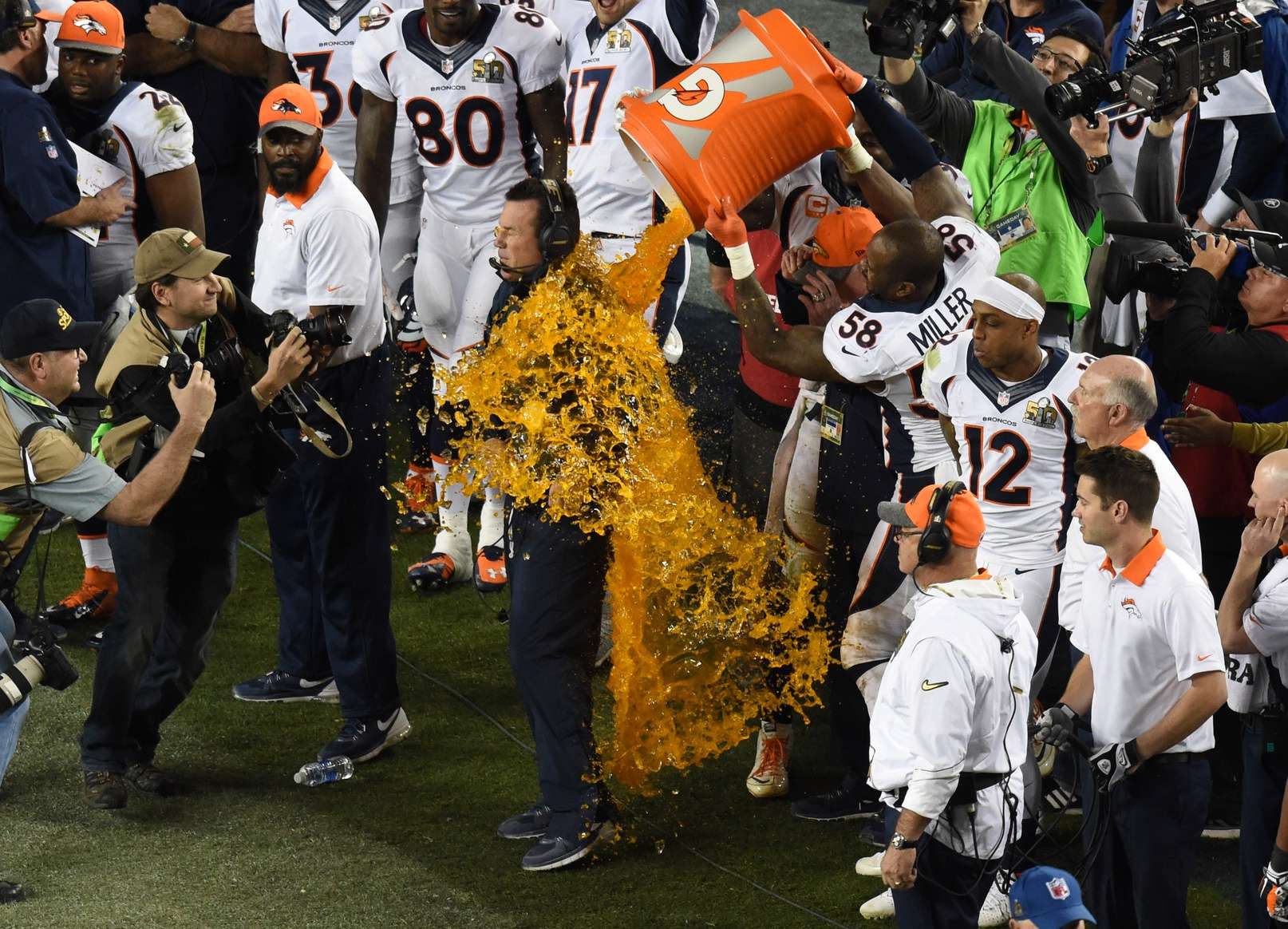 Jim Burt, the two-time Super Bowl champion nose tackle, is generally credited with inventing the Gatorade shower. Legend has it that he doused New York Giants head coach Bill Parcells after an October 1984 win over the Washington Redskins. In the ensuing seasons, the Gatorade shower grew from tradition to ritual, a sacrament of big wins and Super Bowls, and expanding to other sporting events around the world. Oddsmakers and bettors noticed too, and wagering on the color of the liquid has become a popular Super Bowl prop bet.

The Favorites for the Gatorade Shower Prop Bet Have Been Orange, Clear, and No Shower

When Baltimore Ravens’ head coach Brian Billick led his team to the Super Bowl XXXV title in 2001, he was rewarded with a shower of yellow Gatorade. A year later, New England Patriots’ coach Bill Belichick captured that franchise’s first championship, but he escaped the de rigueur post-game shower. In the nineteen seasons of the new millennium, Belichek missed a shower twice more, as did Ravens’ head coach John Harbaugh (once). The other 15 times a bucket of water and electrolytes has hit its mark on the winning coach.

Four times, the hydration concoction has been clear, possibly strawberry or watermelon flavor, or even water. Four times, it has been orange. Thrice it has been yellow or green or lime green in tint. Twice purple and twice blue. Since 2001, red has never been a Super Bowl Gatorade Shower shade of choice.

Only three times, has the color of Gatorade been a match for the color scheme of the winning team. Mike Tomlin of the Pittsburgh Steelers was doused in yellow liquid following Super Bowl XLIII, and Belichick of the Patriots with blue following XLIX and last year’s LIII.

Although red Gatorade has not shown up in two decades of recorded history, the betting odds are favorite for a fruit punch presence in Miami this year, to match the color of both the Kansas City Chiefs and the San Francisco 49ers. The odds of a red Super Bowl Gatorade shower are +135.