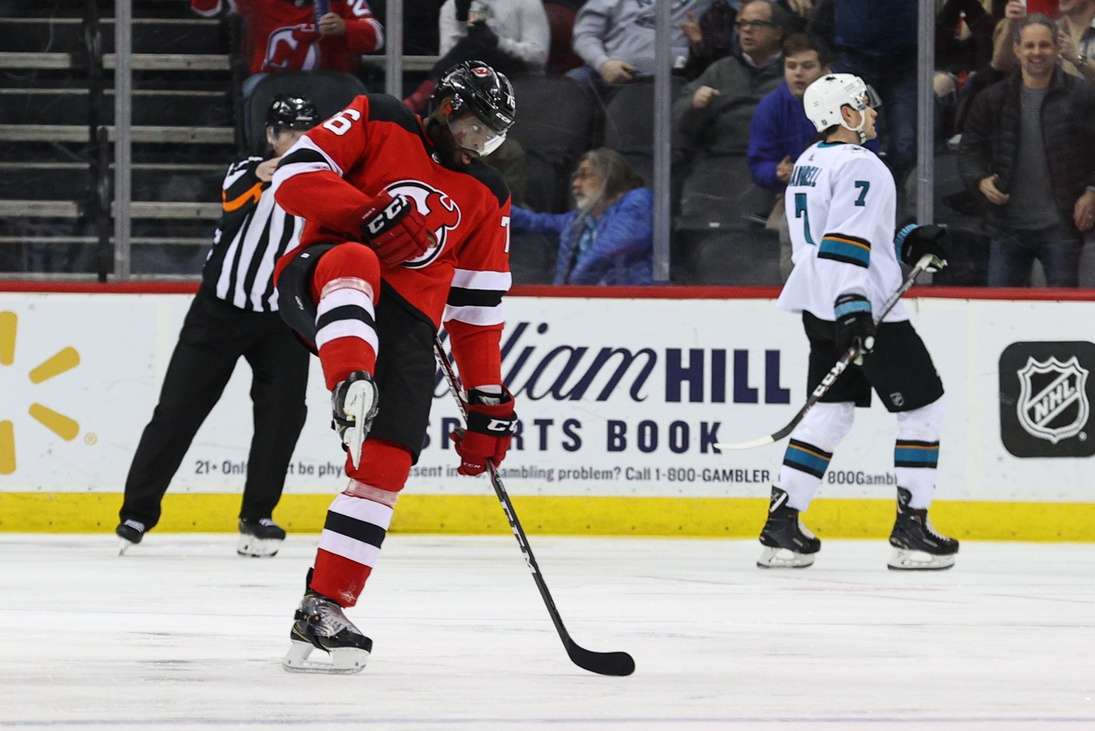 A plethora of trades centered around the National Hockey League’s annual trade deadline has made the front office intentions’ clear. The New Jersey Devils are prepared to tear the team straight down to their youngest, most talented players, and rebuild. A long journey lies ahead for the team to re-enter the Stanley Cup conversation. Here’s how to pad your bankroll so you can afford those playoff tickets in the future.

A Western Conference roadtrip is on tap for the Devils week. As the team travels to the SoCal triangle of San Jose, Los Angeles and Anaheim, the dressing room will look much different. Becoming sellers at the NHL’s trade deadline was the best strategy for this rebuilding club, but will definitely have an adverse effect on the teams upcoming hockey games.

New Jersey defeated the San Jose Sharks by a score of two to one just last week in New Jersey. Young goaltender MacKenzie Blackwood was a brick wall between the pipes, stopping 36 of 37 shots. There’s no reason history can’t repeat itself in this one, as the Sharks are far from playoff contention. These are not the Sharks teams of yesteryear, and the squad has been beset by injuries during this campaign. Sharp money is on New Jersey to continue their winning ways in this one.

Visiting the Staples Center used to be a tough proposition, even for the NHL’s most talented teams. Now, the Los Angeles Kings sit in the bottom third of nearly every advanced metric. There’s just not many positives in 2020 for the once mighty Kings. The under will be a popular choice here, as both the Devils and Kings struggle to score goals.

Even coach Gordon Bombay couldn’t save these Ducks. During the 2019-20 season the team has been quacking straight to the bottom of the Pacific Division standings. Injuries have also hit Anaheim hard, as Ryan Kesler has missed the majority of the season. Thankfully, betting on the Ducks is awfully easy. The squad is just as pitiful against the spread. Look for New Jersey to win big in this tilt of cellar dwellers.