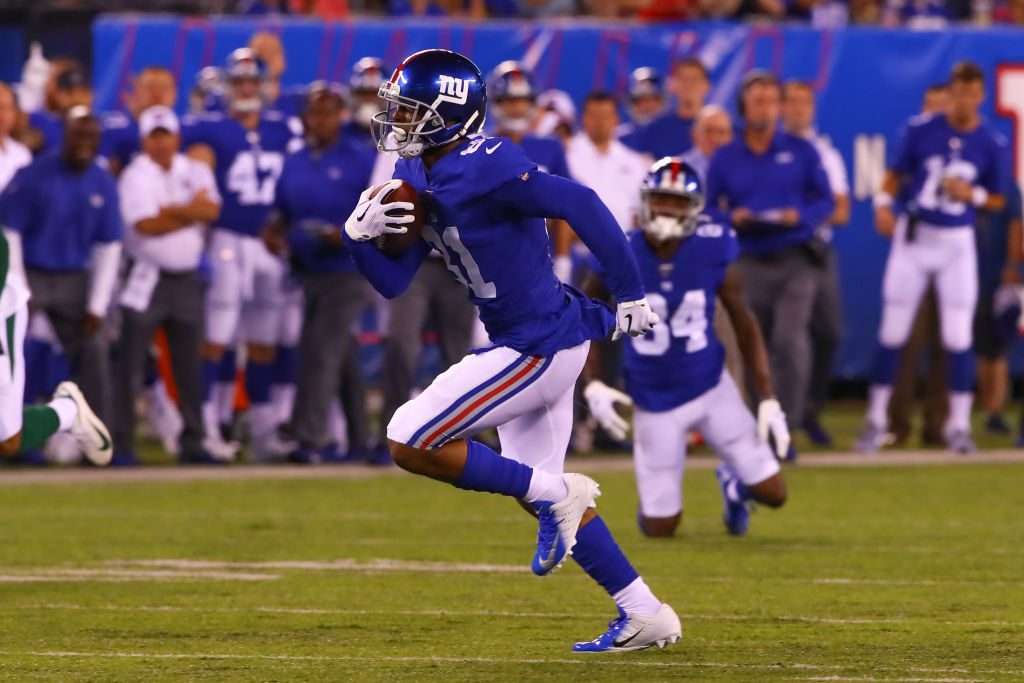 The New York Giants saw their losing streak reach a season-high fifth straight game on Monday night, as they got crushed 37-18 at home against the Dallas Cowboys to fall to just 2-7 on the season overall. The Giants actually trailed by only a single point heading into the fourth quarter before surrendering three touchdowns en route to a double-digit defeat. QB Daniel Jones wasn’t at his best, going 26-for-41 for 210 passing yards and a touchdown through the air but also got picked off once as well.

RB Saquon Barkley couldn’t get anything going on the ground at all against a tough Cowboys run defense, rushing for just 28 yards on 14 carries. Barkley did record six receptions for 67 yards but it was Cody Latimeer who scored the only touchdown of the game for the offense despite making only two catches for eight yards. On the other side of the ball, the defense gave up well over 400 total yards of offense and three touchdowns. The Giants had no answer for Dallas RB Ezekiel Elliott, as he torched the defense for 139 rushing yards on 23 carries.

While New York remains in third place in the NFC East standings heading into Week 10, Giants betting markets saw rapid negative movement across the board following their second loss against Dallas this year. New York moved from +4500 to +22000 to win the NFC East while also plummeting from +1900 to +3500 to make the playoffs. The Giants season win total over under prop also moved down, as it now sits at just 4.5 games after heading into Week 9 at 5.0 games.

Looking ahead to their Week 10 matchup, New York will battle the struggling New York Jets at MetLife Stadium on Sunday afternoon. This could be a rebound spot for the Giants, as Darnold and Co. have lost three straight games and now sit at just 2-7 on the season overall. As things sit right now, the Giants are 2.5 point favorites in a game that features a 43.5 point total.

After entering the game against Dallas at +10000 to win the “Most Regular Season Passing Yards” prop, Daniel Jones moved down to +20000 after barely throwing for over 200 yards in Week 9. Jones also fell from +1600 to +2200 in the race for “NFL Offensive Rookie of the Year”, which now appears to be a two-man duel between Josh Jacobs (+100) and Kyler Murray (+150) following a multi-touchdown outing from Jacobs on the ground against the Detroit Lions.

After putting up less than 30 rushing yards in Week 9, Saquon Barkley currently sits at just +8000 to win the “Most Regular Season Rushing Yards” crown. Christian McCaffrey emerged as the odds on favorite to take down the award over the weekend after a massive outing against Tennessee. McCaffrey (+195) now has a sizeable lead over both Dalvin Cook (+420) and Nick Chubb (+550) with less than two months remaining in the regular season.