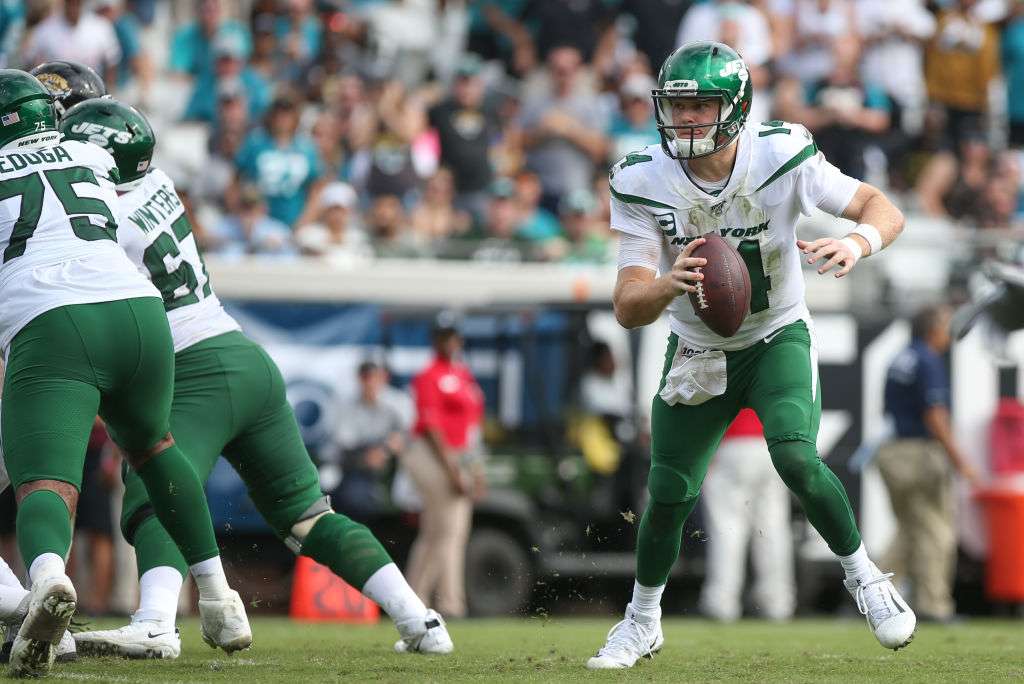 The Jets first victory of the 2019 NFL regular season was certainly a long time coming, as their 0-4 start to the year was not how many imagined things would go after a very positive offseason. Still, New York finally found a way to get into the win column against the NFC East leading Dallas Cowboys, pulling off a shocking upset at home to improve to 1-4 on the year overall. Sam Darnold looked great in his first start since Week 1, going 23/32 for 388 passing yards and two touchdowns.

Le’Veon Bell didn’t have to do much on the ground; rushing for just 50 yards on 14 carries while finding the end zone once. The dynamic receiving duo of Robby Anderson and Jamison Crowder certainly responded well to Darnold returning to the lineup, exploding for 223 yards and a touchdown on 11 catches combined. TE Ryan Griffin also scored a touchdown while the Jets defense didn’t allow Dak Prescott to throw a single touchdown pass all game long.

NY Jets Week 7 Preview and Week 7 Odds vs. the Patriots

The first win of the season for Darnold and Co. had a major impact on many New York Jets betting markets, including their chances at winning the AFC East. After heading into the game against the Cowboys at +16000, they have now improved to +10000. The Jets playoff chances also increased substantially, climbing from +1200 to +520. Finally, their season win total over under prop rose from 5.0 games to 5.5 games.

New York will look to keep their momentum going heading into a tough home matchup against New England on Monday Night Football here in Week 7. The Jets lost 30-14 on the road to the Pats back in Week 3, so it will be interesting to see how they respond in the rematch with Darnold back under center instead of Luke Falk. As things sit right now, the Jets are 10-point underdogs in a game that features a 42.5 point total.

Even though Darnold had a successful return following three consecutive missed starts, he still remains an extreme +10000 longshot in the race for “Most Regular Season Passing Yards” after both Patrick Mahomes and Matt Ryan threw for around 300 yards yet again in Week 6. Other quarterbacks still in the mix for the title include Jameis Winston (+1200) and Tom Brady (+1700).

It is also worth noting that Le’Veon Bell’s odds to mount a comeback in the race for the “Most Regular Season Rushing Yards” award have yet to improve after plummeting to +10000 during Darnold’s prolonged absence. Bell currently sits at +10000 after barely managing to eclipse the 50-yard mark against a Cowboys defense that just gave up four touchdowns to Packers RB Aaaron Jones back in Week 5. The four front-runners for the crown appear to be Christian McCaffrey (+380), Dalvin Cook (+420), Leonard Fournette (+420), and Nick Chubb (+420) at this point in the season.