Ranking this List of NFL Royalty is Nigh on Impossible 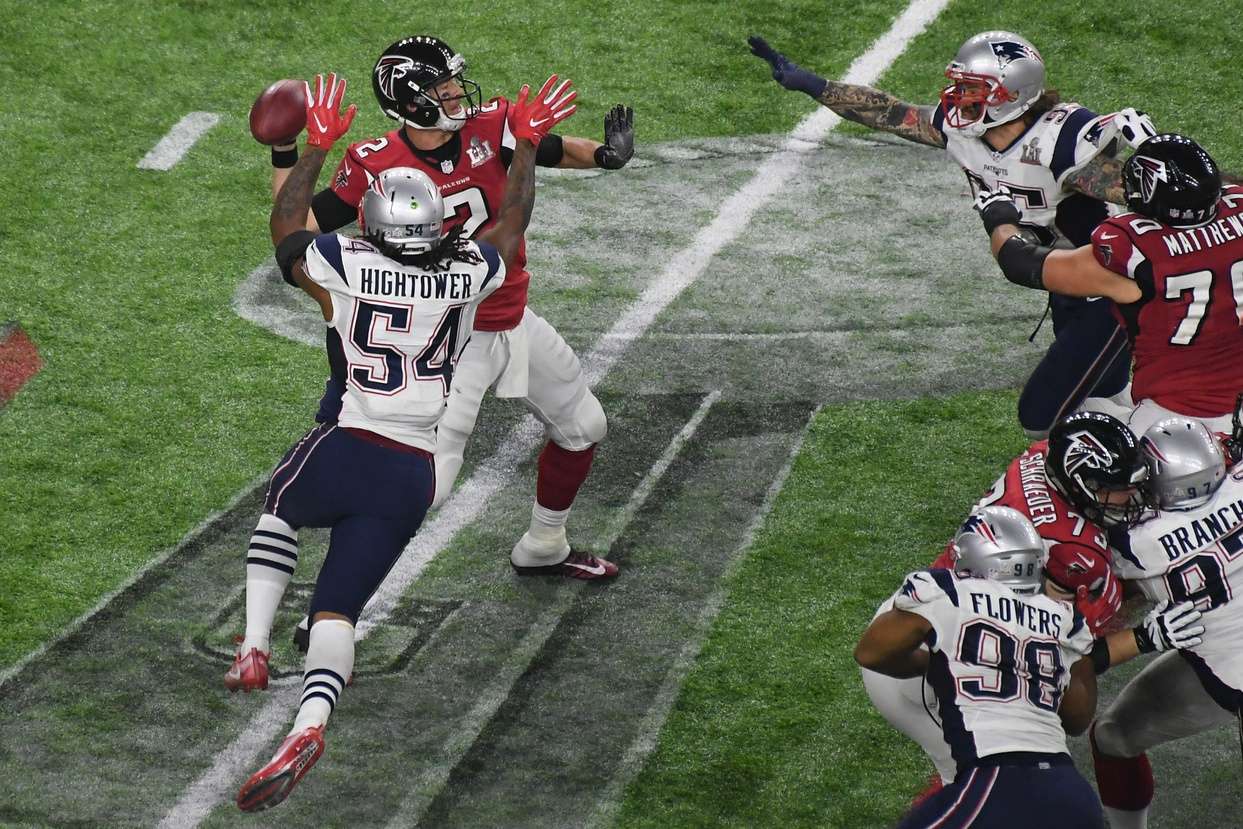 Football fans were, in a word—blessed—by the football gods with a number of fantastic Super Bowls this decade. What made those games great were the spectacular feats produced by the players involved, sometimes even in a losing effort. With the decade now winding down, this article will attempt to list the Top 5 Super Bowl Performances of the 2010s.

There were a number of outstanding performances in what is one the best game’s in NFL history. However, the New England Patriots would never have come back from a 28-3 deficit without the exploits of Hightower. He should be something of a staple on this list, as Hightower will also forever be remembered for tackling Marshawn Lynch at the one-yard line in Super Bowl 49, before Malcolm Butler’s infamous interception.

No. 54 had the most memorable play of Super Bowl 51, sacking and stripping Falcons quarterback Matt Ryan and giving his team the opportunity to get back in the game. Hightower has long been unheralded and underrated. He remains one of the best players in the NFL.

The Greatest of All-Time was clinical in the 4th and deciding quarter of Super Bowl 49. This game will always be remembered for “THE BUTLER DID IT” (Malcolm Butler’s interception at the one), but it shouldn’t be. Early in the 4th quarter New England trailed 24-14, then Brady took over. He completed 13 of 15 passes for 124 yards and two touchdowns in the 4th quarter alone, while facing the Seahawks ferocious pass-rush.

The famed “Legion of Boom” was lurking but looked helpless in the face of Brady’s onslaught. Were it not for his efforts in the Super Bowl comeback two years later, this would be the game sports historians’ would point to as Tom Brady’s defining Greatest of All-Time moment. Super Bowl 49 gave Brady his 4th championship ring and tied him with the likes of Joe Montana and Terry Bradshaw for the most by a quarterback in NFL history.

February 2nd, 2014 will be remembered for one reason; the Seattle Seahawks utter domination of Peyton Manning in the NFL’s biggest show. Manning had torn up the league all year, en route to an NFL record  56 touchdown passes and the league’s MVP award. His Denver Broncos came into this game as heavy favorites, and were left beaten, battered, and bruised.

The “Legion of Boom” held Manning to 280 meaningless yards and recorded two interceptions to forever enter the NFL lexicon. Unheralded linebacker Malcolm Smith returned an interception for a touchdown while also recording nine tackles and a fumble recovery to take home Super Bowl MVP honors. Smith won the award, but this was entire team dominance.

The Green Bay Packers No. 12 was historical in the team’s Super Bowl 45 victory over the Pittsburgh Steelers. In front of over 100,000 fans at Cowboys Stadium, Rodgers put on a show. He completed 24 of 39 passes for 304 yards and three touchdowns. Good enough for Super Bowl MVP.

Rodgers created a number of memorable moments, tossing the pigskin as if it was attached to a magical silver string. He made impossible throws look ordinary on this night, slinging the rock between multiple Steelers defenders with ease.

Miller was a terror off the edge in the NFL’s 50th Super Bowl contest. The former Texas A&M Aggie recorded six tackles, 2.5 sacks, two forced fumbles, and two quarterback hurries while being named Super Bowl MVP for his performance. He hounded and harassed regular season MVP Cam Newton into a terrible outing. Von Miller took over this football game and made it his own.

The Best of the Best from the Big game