The Best of the Best from the Big game 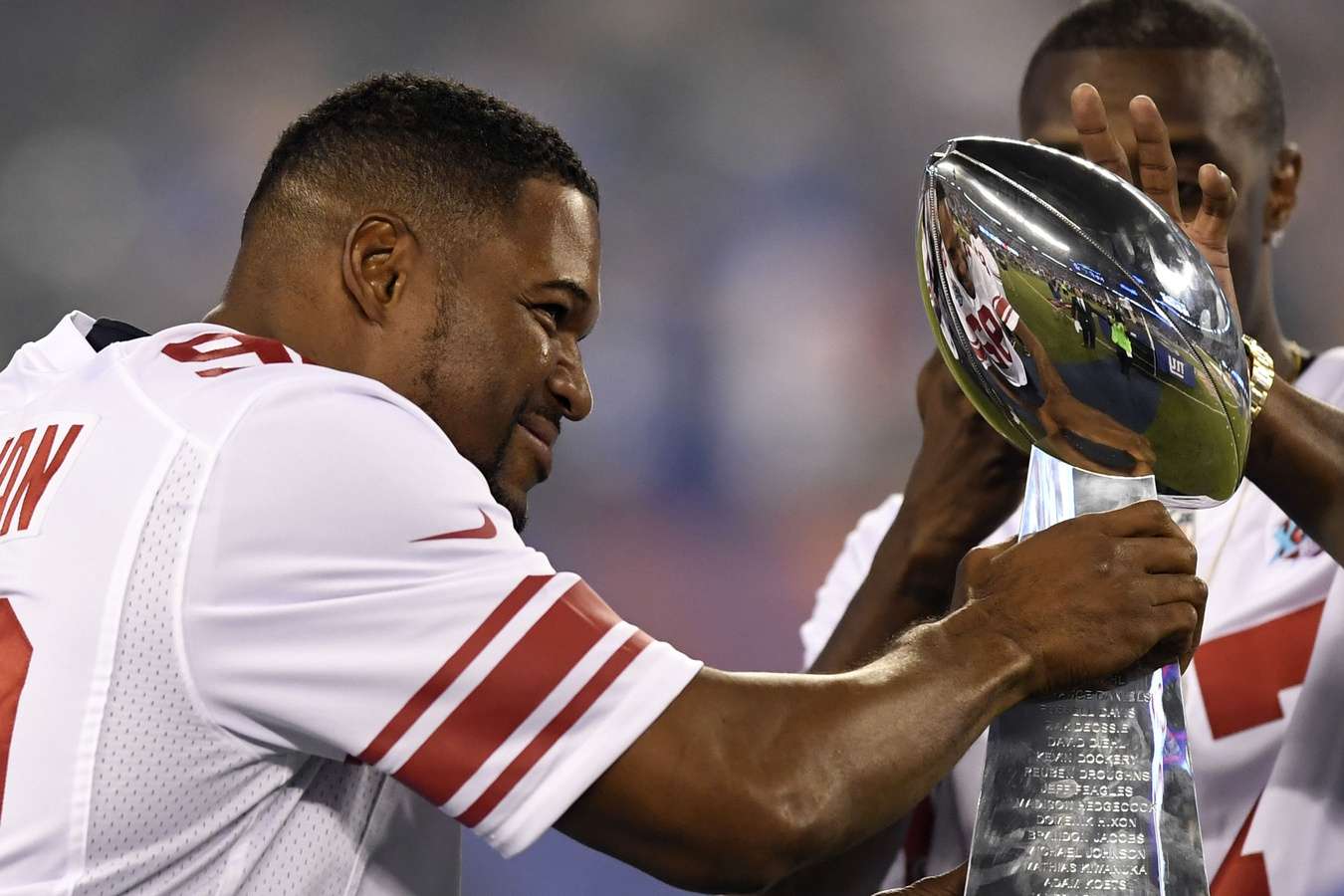 As we count down the days, hours, minutes, and seconds to kickoff in Super Bowl LIV, as we watch endless coverage on site, hear the actualities (fun fact: that’s industry term for soundbites) from media day, at the end of it all, there’s an actual football game to be played. Over the course of the roman numeral fest that is the NFL’s marquee event, some have provided great games.

Some (last year) have given us complete snoozers. Others still have individual performances that we remember for years to come. They get brought up on every Super Bowl broadcast. But which one is the best? Always a matter for debate, but these five are definitely at the top of the list.

Jim Plunkett was the MVP throwing for 261 yards and three scores. Kenny King set a then Super Bowl record with an 80-yard TD catch. Even with these efforts, it was Rod Martin who turned in the performance for the ages with not one, not two, but THREE interceptions of Ron Jaworski in the game.

He set the tone by picking off Jaws first pass of the game and returning to the Philadelphia 30, leading to the Raiders first score. He grabbed another in the third quarter and completed the hat trick in the fourth. Philly turned the ball over four times total to none for Oakland. Martin never gave the Eagles a chance in what was their only appearance in the game until SB LII.

Tip of the hat here to Roger Craig who had a combined 172 yards rushing and receiving, but this one belonged to the greatest receiver (player?) in the history of the league. It wasn’t the prettiest offensive first half as many people were up in arms about a 3-3 game at halftime. Both offenses woke up in the second 30 minutes.

For his day, Rice caught 11 passes for 215 yards, and the TD at the beginning of the fourth quarter that tied the score at 13-13. Yes, Mark Taylor had the game-winning grab with 34 seconds left to keep the Bengals winless in their Super Bowl history and maybe that makes a greatest moment list, but for the overall performance, it was the game MVP, Jerry Rice.

I know what you’re saying…who? Smith had an unremarkable pro career, spending two seasons with the Redskins, one with the Cowboys and parts of two others on practice squads for the Chargers and in the CFL. But that’s the beauty of sports. One day, one game, one player becomes a legend, at least for his franchise. Owing to injuries to George Rogers (btw, what could he have done in his career had those injuries not forced retirement), Smith made his first career start in the Super Bowl.

Easy pickings for the Broncos defense, right? Nope. Smith ran for a game record 204 yards, two touchdowns, and 9.3 yards per carry. For perspective, he ran for 602 yards during the regular season IN HIS CAREER. I know Doug Williams threw for 340 yards and four scores, but I’m still scratching my head how Smith did not win the MVP.

Today’s generation and even some before know Terry Bradshaw as the folksy, bayou bumpkin on the Fox NFL coverage. Ask your dad or maybe even your grandpa how good he was as a player though. Go ahead, we’ll wait. Yes, he was lucky to have the talent of Lynn Swann and John Stallworth to throw to and Franco Harris running the ball, but Bradshaw was a supremely talented QB who was at the height of his powers in Super Bowl XIII.

On a day when the Steel Curtain faltered to a degree against Tom Landry’s Cowboys, allowing 31 points (after giving up 15 total in its first two playoff games), its highest total of the season, Bradshaw led Pittsburgh to a championship by throwing for 318 yards and four TD. An MVP worthy performance indeed.

This one pains me on many levels, growing up a SAN DIEGO Chargers fan. With the personal bias involved, that should also tell you how good Young was in this game that even with the angst that it caused 17-year old me, I can still rate it as the best, single-game performance 25 years later. Long in the shadows of Joe Montana, Young dazzled in his first Super Bowl start, completing 24-of-36 passes for 325 yards and a game record six touchdowns. The Niners built a 42-10 lead.

The first two scores of the game went for 44 and 51 yards, completely demoralizing the Chargers and made all my friends who gathered for the party at my friend Jimmy’s house cast sideways glances at me to make sure I was ok, but never wanting to make actual eye contact. It was a simply stellar performance and one worthy of the top spot on this list.