The Rollercoaster Brooklyn Nets Odds Continue to Go Up and Down 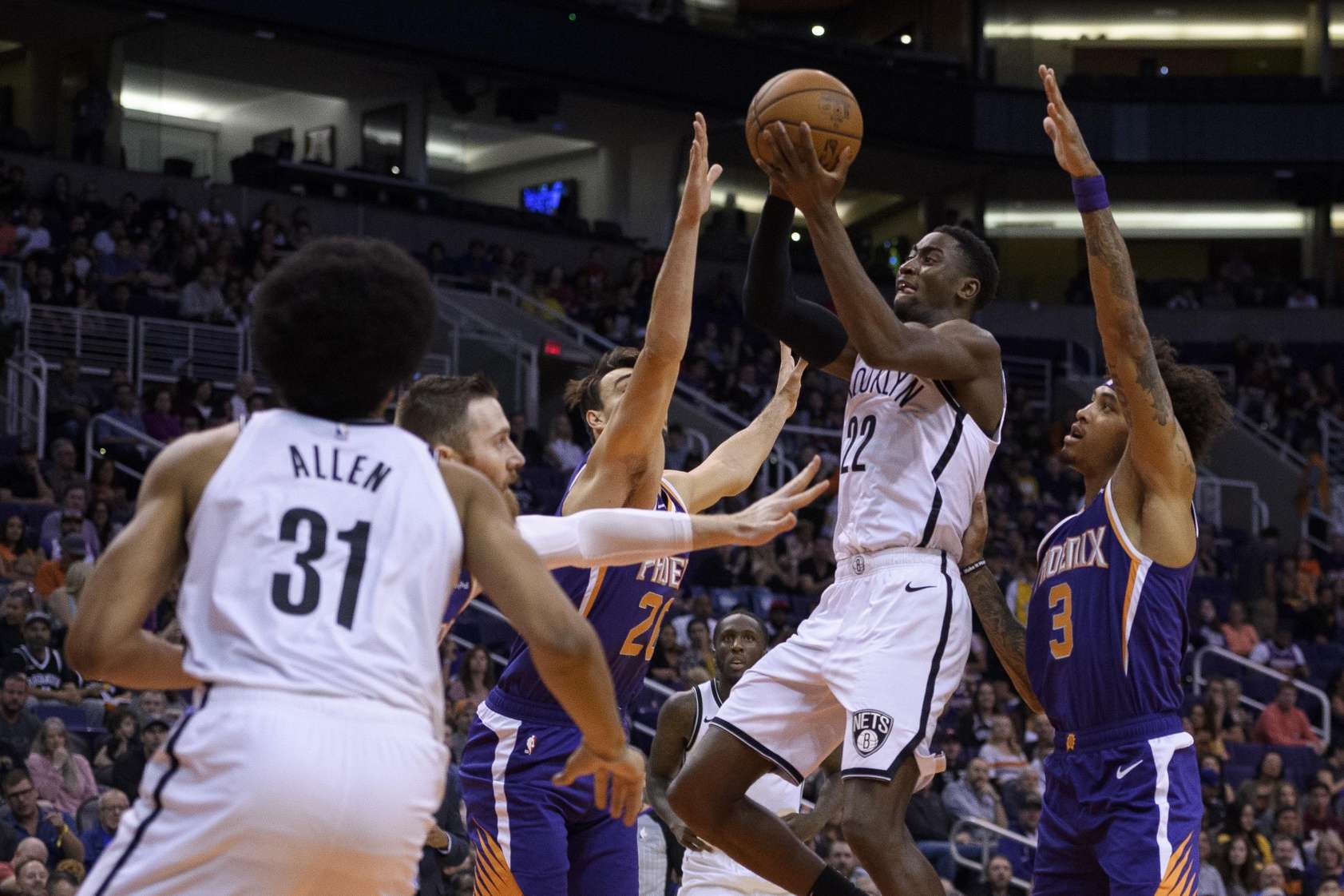 Since their win against the lowly Atlanta Hawks, the Brooklyn Nets have lost three games in a row for only the second time this season. Those losses came against the New York Knicks, Houston Rockets and Minnesota Timberwolves; the latter in which they lost to in overtime.

The loss against the Knicks is the most noteworthy, not because of the New York rivalry but just how bad the Nets played. It was a 94-82 loss for the Nets in a game where not only did their score a season-low 82 points, but they also shot just 26.9% from the field (21-for-78), the worst shooting percentage by any team since January 2012.

Malika Andrews of ESPN stated in her report that “according to research by the Elias Sports Bureau, Brooklyn’s eight 2-point field goals were the fewest by a team in any game since 1950 when the Fort Wayne Pistons and Minneapolis Lakers each made four field goals.”

The fact that it was against the New York Knicks with both Kevin Durant and Kyrie Irving on the bench may have made the loss a little more bearable knowing they have two all-world talents still to come back.

Dinwiddie himself didn’t dwell on the loss too much and said this when asked about his team’s performance.

The Brooklyn Nets Odds During Their West Coast Trip

The Nets engaged on a tough Western Conference road trip that culminates on Friday against Luka Doncic and the Dallas Mavericks. A 108-98 loss to the Houston Rockets where James Harden scored 44 points while Spencer Dinwiddie scored just 17 points on 30% shooting including missing all seven of his three-pointers was inevitable.

Despite Dinwiddie dropping 36 on an Andrew Wiggins and Karl-Anthony Towns-less Minnesota Timberwolves, the Nets lost the game 122-115 in overtime. The Wolves had six players score in double digits who remain in the race of a Western Conference playoff place.

The Nets’ form has slumped; however, it hasn’t affected their playoff ranking as they remain in the seventh spot, two games ahead of the Orlando Magic and five games behind the Indiana Pacers who last week activated All-Star guard Victor Oladipo as he continues his return from injury.

Nets Odds vs. the Mavericks and the Return of Caris LeVert

On a positive note, Nets guard Caris LeVert is nearing his return to the court. LeVert told reporters that he was able to play five on five against his teammates last Tuesday and Thursday. While there has been no date set for Kyrie’s return due to the seriousness of the shoulder injury, Nets head coach Kenny Atkinson said that LeVert is “getting closer” and needs more contact sessions before he’ll be able to play.

LeVert’s return will be a welcome addition to a team that may be leaning on Spencer Dinwiddie a little too much due to his absence as well as Kyrie; two dynamic guards who can handle and shoot the ball are special commodities in today’s NBA.

The Nets face the Mavericks next who are coming off a loss to the Los Angeles Lakers. The Mavs sit fifth in the Western Conference and are just two games behind Denver Nuggets who are the second seed. Sportsbooks odds on the Nets claiming a road win in Dallas opens at +190. Odds on Dallas bouncing back in front of their home crowd opens at -150, making them favorites according to sportsbooks.

Despite A Bad Week, The Nets Odds Hold Form
Why Betting on the Mavericks NBA Title Odds is More Tempting Every Day