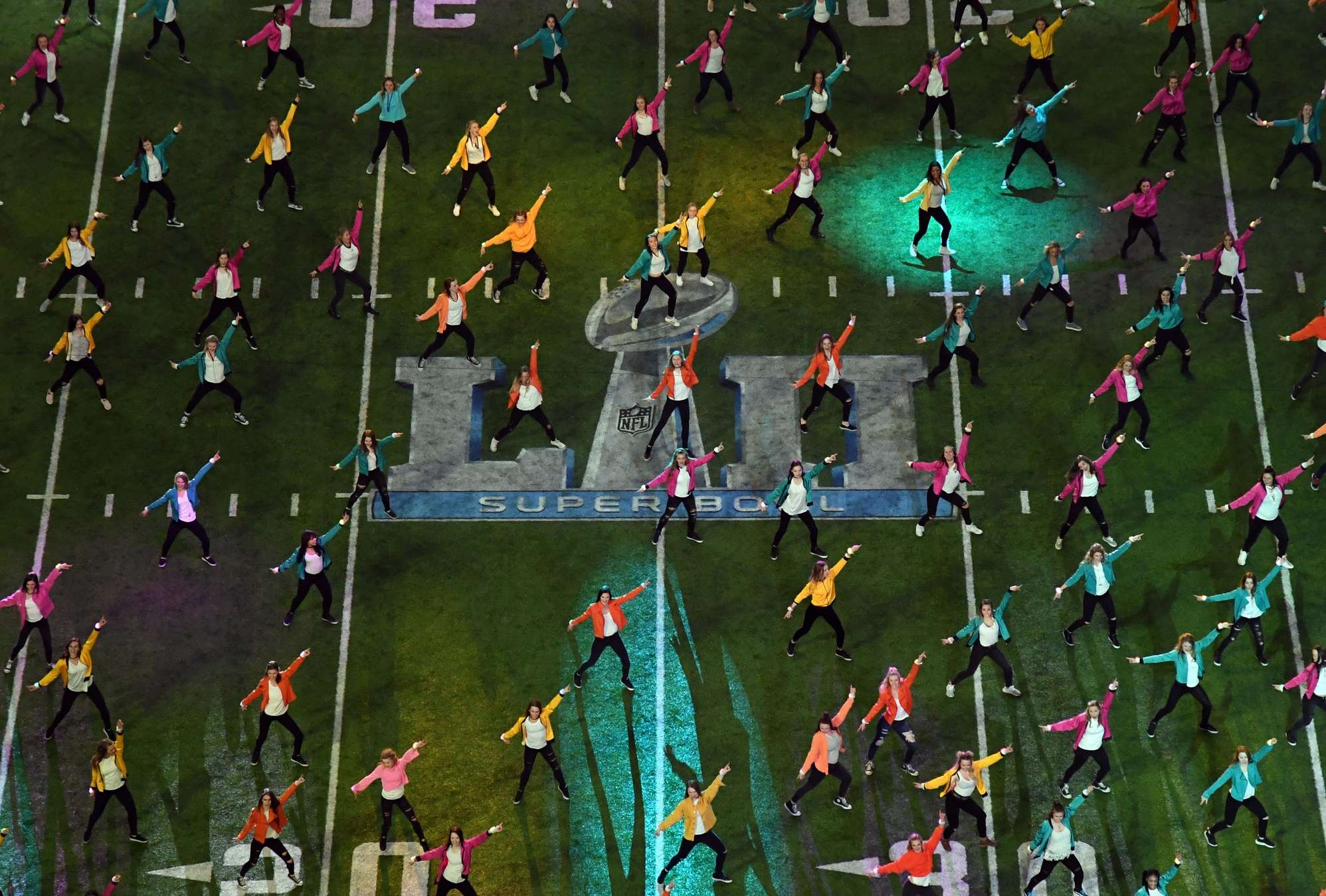 It has become as big a part of American culture as the game itself, we all watch, some more intently than others, but no other 20-minute performance is more anticipated or scrutinized throughout the entire year than the Super Bowl Halftime Show. The Super Bowl halftime show, what was once just an ancillary part of the biggest football game of the year, has become one of the biggest spectacles on the entertainment calendar and being chosen to perform during the halftime show has become one of the highest honors that can be bestowed upon an artist.

Prior to the 1990’s, the super bowl halftime show was for the most part nothing more than a marching band with some better known performers sprinkled in here and there. The Grambling State University Marching band supplied the entertainment during Super Bowl II. The Super Bowls of the 70’s featured themed performances including “a tribute to Mardi Gras” in 1970 and “a salute to the Caribbean” in 1979. It wasn’t really until the Rose Bowl in 1993, where Michael Jackson performed, that the show as we now know it began to take form.

The success and attention that the show garnered really paved the way for the elaborate, star studded performances of today. The years following saw many top singers take the stage including Diana Ross in 1996 and the “Blues Brothers” in 1997. There was also a very memorable performance from U2 in 2002 following the events of 9-11. The worlds most popular music acts have, for the most part, all graced the halftime stage at some point or another throughout the past decade. Here is a list of the top five most memorable acts to take the big stage at the Super Bowl Halftime Show.

The No. 5 Most Memorable Super Bowl Halftime Show: Paul McCartney

Super Bowl XXXIX: Paul McCartney’s performance at Super Bowl XXXIX included all the classics and was met with rave reviews as the NFL went for a bit of a shift from ensemble pop acts to a classic musician. McCartney’s set list included “Drive my car”, “Live and let die” and of course the iconic “Hey Jude.”

The No. 4 Most Memorable Super Bowl Halftime Show: U2

Super Bowl XXXVI: The first Super Bowl following the events of 9/11 brought both Paul McCartney to the pre- game show and U2 to center stage at halftime to honor the victims of those tragic events. Not only was it a memorable game, the first title in the Patriots dynasty, but the performance was just as memorable with Bono opening his jacket to reveal an American flag as the show came to a close.

The No. 3 Most Memorable Super Bowl Halftime Show: Michael Jackson

Super Bowl XXVII: Michael Jackson’s Super Bowl XXVII performance at The Rose Bowl in Pasadena, California really gave birth to the shows we see today. Jackson performance was said to have substantially increased ratings for both the halftime and the rest of the game resulting in over 133 million to tune in for the broadcast.

The No. 2 Most Memorable Super Bowl Halftime Show: Prince

Super Bowl XLI: Super Bowl XLI saw the Indianapolis Colts defeat the Chicago Bears 29-17 in Miami, Florida. It was also the site of our second most memorable Halftime show and that was Prince. Alongside the Florida A&M University marching band Price performed to rave reviews, both from the 74,515 on hand in Miami and viewers watching at home. Princes 12-minute performance included covers of Bob Dylan, Creedence Clearwater Revival, and the Foo Fighters and concluded with an iconic performance of “Purple Rain” during a rainstorm to finish his set.

The Most Memorable Super Bowl Halftime Show: The Slip

Super Bowl XXXVIII The halftime show for Super Bowl XXXVII in Houston, Texas tops our list of the most memorable halftime performances of all time. The show that was produced by MTV and featured Kid Rock, P. Diddy, Nelly, and of course the duo that caused all the controversy, Janet Jackson and Justin Timberlake.

As the performance was nearing its conclusion, Timberlake, in a stunt that was obviously choreographed beforehand, tore off part of Jacksons costume revealing her right breast to an audience of over 143 million people. The FCC were none too pleased, and they wound up fining CBS a record $550,000 for the incident. The landscape of both television and radio changed forever that night, with widespread crackdowns by the FCC on “indecency”, throughout the media.

The bright lights of the Super Bowl halftime show this year will feature some more star power as Jennifer Lopez and Shakira will be performing in Miami on February 2nd. Personally, I am looking forward to digging into the Alex Rodriguez prop bets that I’m sure will accompany this one.