The New York Giants are a professional American football team based in East Rutherford, New Jersey. The Giants compete in the National Football League (NFL) as a member club of the league’s National Football Conference (NFC) East division.

The Giants share their home arena MetLife Stadium with the New York Jets. The team, still officially named the “New York Football Giants”, was founded in 1925 by Tim Mara and was part of the NFL when the league was only five-years old.

Since the AFL-NFL Merger in 1970, the Giants have taken down five NFC Championships. New York has also won the NFC East division crown eight times over that same time span.

Click Here to Bet on The New York Giants

The Giants have 29 players, coaches, and contributors featured in the Pro Football Hall of Fame. New York has also retired eleven different jersey numbers, including the No. 1 worn by end Ray Flaherty, which was the first number to ever be retired by any team in major league sports.

Lawrence Taylor, former linebacker for the Giants, is widely recognized as the best defensive player of all-time. The great Bill Belichick often refers to Taylor as “the greatest football player ever” – on either offense or defense. A 10x Pro Bowl honoree, “L.T.” was an integral member of the Super Bowl winning roster in both 1987 and 1990.

Another famous Giant is Defensive End Michael Strahan, who was inducted into the Pro Football Hall of Fame in 2014. Widely known for his gap-toothed smile and commanding presence on and off the field, Strahan led New York to a shocking upset over New England in Super Bowl XLII. Since retiring, he has remained in the spotlight across several different media outlets and stars on both “Good Morning America” and “FOX NFL Sunday Pregame”. 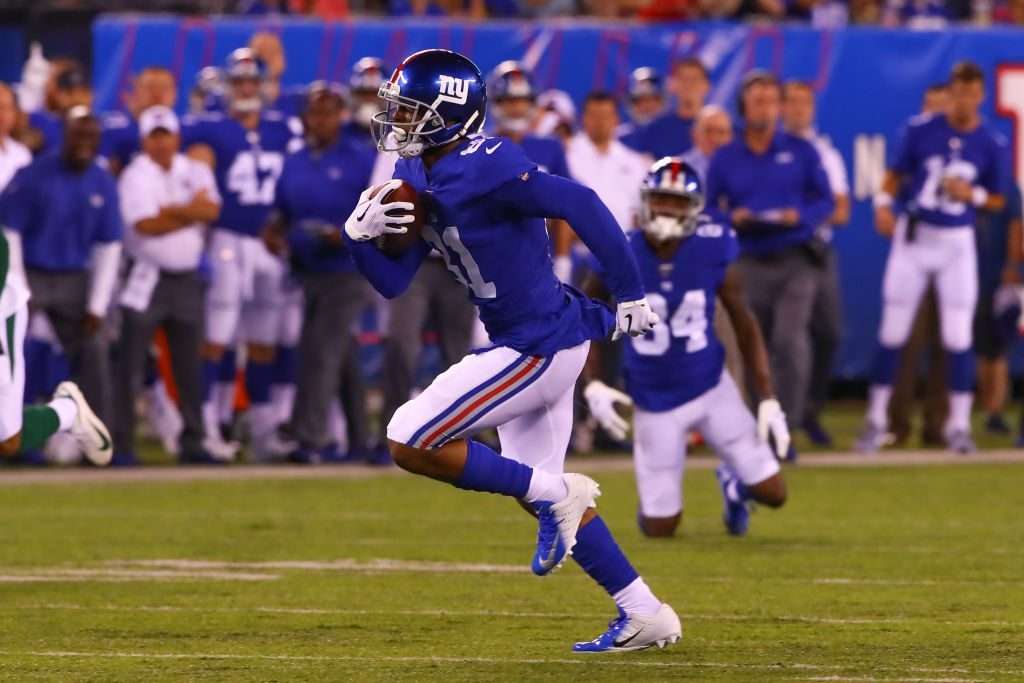 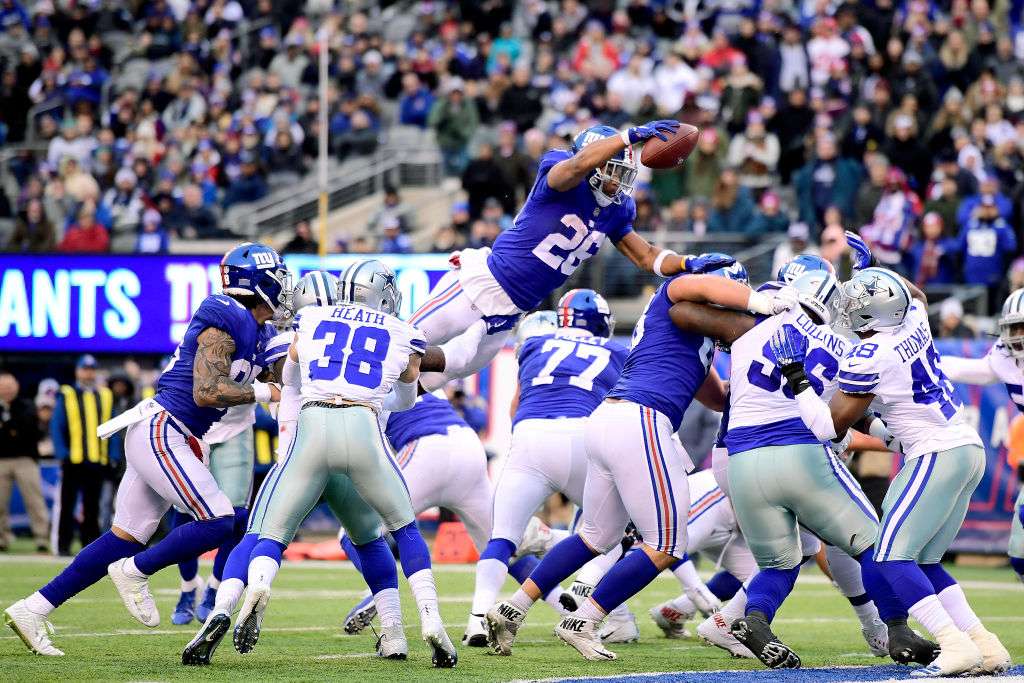 On the coaching side, Bill Parcells was inducted into the hall of fame in 2013 after leading New York to two Super Bowl Championships over his seven year tenure as head coach that spanned from 1983 until 1990.

After almost a two decade lull after the merger in 1970, the Giants were one of the NFL’s elite teams on a consistent basis until just several years ago. New York has hit a bit of a dry spell since 2012, making the playoffs just one time over the past seven years (2016). The departure of Tom Coughlin and gradual decline and eventual retirement of Eli Manning have both hurt the Giants as of late, with the team now turning to quarterback Daniel Jones after he was drafted with the No. 6 overall selection in the 2019 NFL Draft.

With star third-year running back Saquon Barkley also playing a huge role on offense, New York looks to be in the midst of a total youth movement moving forward. While the 2019 campaign looked to be a promising one, a high-ankle sprain to Barkley and a slew of injuries to the wide receiving corps doomed the season. Now the Giants are looking to restock and get back to their traditional winning ways in 2020.