The New York Jets are a professional American football team based in East Rutherford, New Jersey. Originally founded in 1925, the Jets are part of the National Football League (NFL) and members of the American Football Conference (AFC) East division.

The Jets play out of MetLife Stadium, a venue that they share with the New York Giants. Prior to the AFL-NFL merger in 1970, the team was known as the Titans of New York and originally participated in the American Football League (AFL) until the league was dissolved almost 50 years ago.

Making the playoffs for the first time in 1968, the Jets eventually triumphed over the Baltimore Colts in Super Bowl III. The victory was especially noteworthy due to the fact that it was the first time an AFL club had ever beaten an NFL team in an AFL-NFL World Championship Game. Currently the only title the Jets have ever won, the win was a huge contributing factor for the eventual merger between the two leagues just two years later.

Joining the National Football League in 1970, the Jets have only made the NFL playoffs 12 times, with their last appearance coming in 2010. However, they did make the postseason six times in the ten-year span between 2001-2010. New York has also won the AFC East title twice in their history, taking down the division crown in both 1998 and 2002.

The Jets have 17 players, coaches, and contributors featured in the Pro Football Hall of Fame. New York has also retired five different jersey numbers, including the No. 28 which was worn by star running back Curtis Martin. Martin was a member of the Jets between 1998-2006, making the Pro Bowl five times over that time span and leading New York to an AFC Championship Game appearance in his final season with the team.

The most recognizable quarterback in franchise history, Joe Namath had his No. 12 retired back in 1985. “Broadway Joe” led the Jets to their only Super Bowl title in 1968 while also taking down the Super Bowl MVP award as well.

Namath is perhaps best known for guaranteeing a Jets’ victory in Super Bowl III against the Baltimore Colts, which of course ended up coming true. After retiring from football in 1977, Namath parlayed his success on the field into several lucrative endorsement deals while also venturing into both business and acting.

“Many Jets fans and faithful felt confident heading into the 2019 season, but it quickly became apparently that it was going to be another Jetsy year for Gang Green. While Sam Darnold did have some flashy moment, the season was cut down when he had to sit for about a month with mononucleosis. However, there is always next season, and the Jets are looking to restock in the 2020 NFL Draft.”

When it comes to the New York Jets betting odds, they work exactly as they do for all NFL games. The games will feature a spread, moneyline, and over/under (or total). The spread is the amount of points the favored has to win by in order for you to win your bet (if you bet on the favorite). The moneyline is simply choosing which team you think is going to win relative to $100.

If you think the underdog is going to win, an $100 bet on a moneyline of +165 will win you $165 plus the original $100 wagered. If you bet on the favorite at -135, you would have to bet $135 in order to win $100 on the bet. Finally, the over/under is simply a bet where you choose whether you think the two teams will score more than or fewer than a certain number of points. 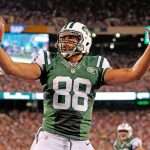 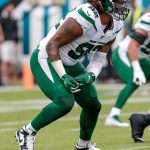 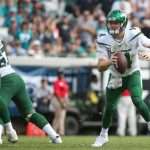